Bet you never thought you'd see me again, eh? The Community Team certainly didn't, but -- oops! It looks like my account was left flagged.

They're going to regret that oversight.

Throughout my time in dealing with the developers, I knew a lot more about the game and what was coming than I let on. I had patch notes months in advance, but I was always kept quiet by my superiors. After recent events, however, I no longer have anything to lose. It's time for sweet, sweet vengeance.

I still have access to that information... and now, so do you.

I give you the 1.11 patch notes. Keep in mind they're rough, but this is the plan for the major changes to the game. My condolences.

Make sure to copy these down -- this is going to be deleted in a matter of moments, and the players deserve to know this information. With your help, it will never die. You can't stop the signal.

With the many improvements to end-game dungeons implemented last patch, we decided that it was necessary to limit the number of times a player can enter a dungeon per day. This was done to prevent the economy from being flooded with overly valuable items, and to ensure that players weren't acquiring too much gold during what we'd consider a reasonable amount of play-time. We realize that many players enjoy repeated trips to their favorite dungeons, so we've made this new limitation as least restrictive as possible. Each character on a player's account may enter the same dungeon up to three times per day, and may visit a total of five dungeons over the course of a twenty-four hour period. Keep in mind, each character on your account is flagged separately so with eight characters, that's a total of 40 dungeon-runs per day!

Tired of seeing the same old flightpaths? We've completely reworked each flightpath in the game so that the angle and view are shifted just enough to give all of Azeroth's traveling inhabitants the feeling that they are headed to an all new destination. That's not all, each flightpath has been fleshed out to ensure that the player sees every single detail of the passing terrain, which means that for the same reasonable traveling cost, you'll purchase a ride that's twice the length, and in some cases three and even four times as long! 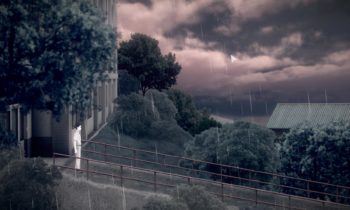